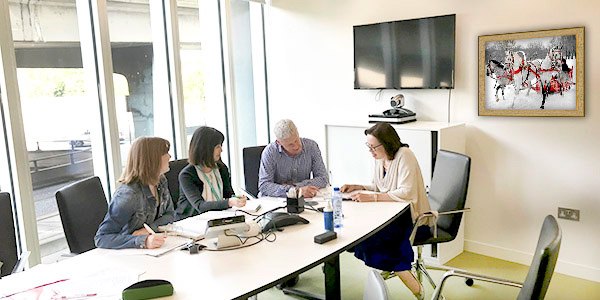 10 Tips for a beginner learning Russian

Thinking of learning Russian but uncertain about what that might involve? Here are some tips for complete beginners who are thinking of starting a Russian course.

Don’t be scared of the Russian alphabet. Yes, it looks different and lots of people starting to learn Russian think it’s going to be the most difficult thing to master. But this is not the case! There are 33 letters to learn and each letter (apart from two silent ones) represents one sound. There are no complicated reading rules, you read what you see! Taking into account the fact that some of the letters are the same as in English, and some are Greek, alphabet learning is not a very daunting task. Most people can read after the first lesson and become confident after a few weeks.

Once you’ve learned the alphabet (well, more or less), try not to use English letters to write down Russian words because:

a) it will slow down the process of getting used to the new language;

b) English spelling cannot represent Russian pronunciation correctly because the sounds in these two languages are different, so you won’t get a good accent straight away.

Nothing too difficult there. Be prepared to roll your “R”s. (Scottish people usually have a very good Russian accent!) and put together some consonants that are unusual for an English ear. If you can’t roll your “R”s, it is of course not the end of the world. You’ll be understood perfectly well. Some Russian people can’t do it either. Lenin was one, for example.

There are quite a lot of “international” words in Russian that you will easily recognise and remember. Among theses are some English words borrowed recently with the advance of new technologies, French words that came into Russian in the 18th-19th centuries when French was the language of the aristocracy and the court, German and Dutch words brought by Peter the Great, and others. But the core of the vocabulary is Slavonic, so be prepared to learn completely unfamiliar combinations of sounds. Unless of course you are a speaker of another Slavonic language already. In which case you will learn Russian twice as fast as speakers of Western European languages.

Well, this is the most difficult bit. Be prepared to learn a couple of dozen endings for various cases and conjugations. The structure itself is quite similar to Latin, so it has all the same recognisable concepts as Western European languages. The good news is that you’ll still be understood if you get the endings wrong!

The stress in a word is unpredictable so it can be on any part of a word. Same situation as in English, in fact. In all textbooks the stress will be marked for you but not in real “grown up” texts. So if in doubt, just try to pronounce each syllable distinctly as if they are all stressed. Russian words are of course longer than English ones. A text translated from English into Russian becomes longer and vice versa!

No need to worry about them at all! An educated native Russian speaker from Vladivostok will sound exactly the same as one from Moscow which is 10 hours away by plane. Isn’t that great?

8. Homework – with or without?

That’s up to you to decide, although your teacher may insist on it and will of course be right! If you want to achieve good results in a short period of time, be prepared to do at least 3 hours of work at home outside the classroom. If you can’t find the time, you’ll still make progress but it’ll be slower. I’ve had students who reached a good standard of Russian without doing any homework – but of course it took them much longer (and their bills were much higher) than people who do regular homework.

You’ll need to know some Russian if you travel unaccompanied in Russia and other Russian speaking countries, especially outside big cities. According to statistics, only 3% of Russians population speak a foreign language (and not necessarily English).

Russian is the 5th most spoken language on Earth (after Chinese, English, Hindu and Urdu).

Doesn’t that make you want to learn Russian?