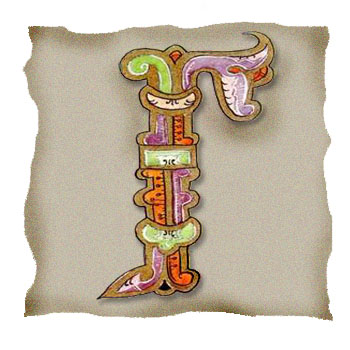 The Russian Language: the Easy Versus the Difficult

A typical worry of a learner at the beginning of a Russian course is that Russian is a difficult language. Here is an honest opinion of an experienced Russian teacher: it is and it isn't.

For a start, there is no such thing as an “easy” language. Studying any foreign language, done seriously and with a goal to succeed, requires a lot of dedication, time, effort, some expense, and ideally, travel to a country where it is spoken, in order to see it in action. To anyone who says to me that English is easy, I can give a hundred examples showing that it’s often fiendishly difficult and even inscrutable. And I have been teaching English to Russians for over 20 years, so please believe me.

Getting down to business, what are the difficult and easy parts of learning Russian?

The alphabet is difficult in the first few lessons, easy all the way after that. One letter corresponds  to one sound, most of it is phonetic with a few exceptions. But even if you forget what the exceptions are and read everything exactly the way it’s written, Russians will still understand you perfectly well, because everyone knows the spellings.

Pronunciation is easy for native speakers of Italian, Greek, Spanish, Turkish, Hindi and some other languages (especially, of course, Slavic ones!) because of a similar articulation system. Can be tricky for native speakers of English and French because of the consonant clusters (like ZDR, VSTR, DN) and the rolled R. That said, not 100% of Russian speakers can pronounce the rolled R perfectly, and that’s not a big deal. Lenin, for example, could not roll his Rs!

One of the best things about Russian, which is a very standardised language, so you will not have to adjust your ear to anything but the neutral standard Russian that you have been learning in your classes. It’s not that we don’t have them, we do, but they are hidden from the public sphere. I cannot remember when I last heard non-standard Russian myself… You will travel thousands of miles across Russia, and people sound the same! How easy is that, compared to English?

Mostly tricky, I have to admit. Russian is a fully synthetic language, so verbs conjugate, nouns decline and everything is sensitive to gender, number and case. If you studied Latin or Greek, it won’t come as a desperate shock. If you didn’t, prepare for a bit of a challenge. On the positive side, there are no articles – thus removing, at a stroke, the single most difficult thing for Russians struggling to learn English! Another easy thing that you encounter at the beginning of a Russian course – the verb TO BE is not used in the Present Tense at all, so you don’t have to learn its forms. So an English sentence “This is an apple”, translated literally, sounds like “This – apple”. How easy is that? Also, the system of Russian tenses is much simpler than in Western European languages, plus the past tense is formed in a very easy way!

Not very difficult but perhaps not so easy for native speakers of non-Slavic languages, mainly because all the basic words are Slavic and therefore completely different from what you are used to. So a fair bit of memory work will be necessary. That said, we have quite a few words borrowed from Western European languages, Latin and Greek. Sometimes, it’s just a matter of recognising and identifying them.

Syntax (the rules of building a sentence) – mostly easy! All questions are intonational – all you do is say the affirmative sentence with an interrogative intonation. And in writing, just put a question mark at the end. Also, the word order in Russian is very flexible, so you can, in most situations, put the words in a sentence in a different order, whatever you feel like, and it would be OK. “I saw him yesterday” = “I him saw yesterday” = “Yesterday saw I him” etc. Sometimes it puts extra emphasis on a certain word but grammatically it doesn’t make any difference.

Russian is fairly idiomatic but not on the same scale as English. We have nothing that could compare to English phrasal verbs, for example (take on, take off, take in – all different meanings of the same verb). In Russian, we prefer to have separate words for different notions and actions, rather than add “spare parts” to the existing words. Which adds to the volume of vocabulary to be learned but makes using it easier. There are exceptions of course, such as our infamous verbs of motion!

Predictably, like in any other language, the words that are most used are irregular! But that’s not new for anyone who has ever tried to master a foreign language. That said, we have very few irregular verbs. Most irregularities in verbs occur in a form of minor alterations in the middle or at the end. So not too bad!

Hugely developed in Russian, therefore, difficult. A Russian native speaker can be practically incomprehensible to a foreign learner, speaking in an informal situation to friends or family. So anyone sensible will not speak to a foreigner in the same way they would talk to their mates. However, slang is a dangerous thing – it changes all the time, it’s a marker of class, age, profession, education. So it’s best for foreign learners not to get involved, until they reach an advanced stage. Also, slang and swear words pronounced with a foreign accent may produce a comical effect – which can be both charming or ridiculous. So you will have to judge the situation correctly.

That’s it, more or less. The easiest thing about Russian? Reading, word order, even writing! The most difficult thing? Grammar, and especially verbs of motion with prefixes. What are they? Those who are curious to know, just come to our Russian lessons and we will tell you all. And those who have mastered them or are trying to – well done, you have conquered Russian! It wasn’t that hard in the end, was it?