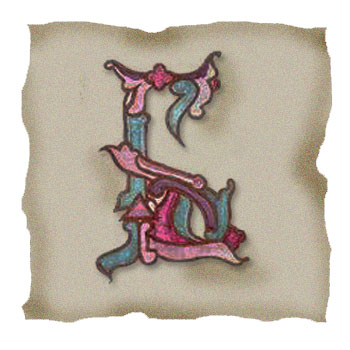 Planning to learn Russian as a beginner and not having a clue about what to expect? Here are a few notes from an expert.

Beginners’ courses are the most popular ones

Out of all Russian courses that I run, beginners’ Russian is by far the most popular. When someone gets a new job with prospects of regularly travelling to a Russian speaking country, or has to deal with Russian clients/partners/friends on a daily basis, a desire to learn Russian is very understandable and admirable. Even if your Russian contacts speak perfect English, it is a nice touch of courtesy to be able to do a bit of small talk in Russian.

What should you expect from a beginner Russian course, taught by a professional Russian tutor?

Your first lesson (or part of it) will be dedicated to the study of the Cyrillic Russian alphabet. Beginners who are completely unfamiliar with the Russian language always think that learning the alphabet is the most difficult thing about Russian. This is definitely not true. Russian alphabet is phonetic in principle, and each letter represents one sound. So once you have learned all of them (33, but 2 are silent), you will be able to read anything in Russian, even if you yourself don’t understand it (a Russian speaker will!) Being able to read in Russian is a liberating experience for travellers – you will be able to use public transport, read place names, menus, business cards, etc. The Russian alphabet is a mixture of Latin (used in English), Greek and special Cyrillic characters, so some of the letters will already be familiar. Some will be completely new though, so you will need to make an effort to learn them.

Once you’ve gone through the alphabet in the first lesson, you should keep practising it again and again until you are comfortable with the reading. The teacher should make sure that alphabet practice is part of every lesson at the initial stage of a beginner Russian course.

The first or second lesson should also incorporate common greetings and polite words, written (ideally!) in the Russian script. Some people prefer to write Russian words in English letters – strictly speaking, that’s a language learning crime, because the whole point of having a different alphabet is that English letters do not correspond to Russian sounds and vice versa. Although, if you find something difficult to pronounce and remember, it is of course ok to make a memory note in English, but generally speaking if you are serious about the course, everything should be written in Russian only.

Can you learn Russian without learning the Cyrillic alphabet?

From time to time, I get requests to do a beginner Russian course without learning the alphabet, that is, being able to read or write. My answer to that is a definite no, unless it is just one or two sessions to learn some polite and simple phrases and get a bit of cultural coaching. A professionally taught course relies on a textbook or study pack, and not being able to read makes any serious progress impossible.

The basics of Russian grammar

In Lesson 2 or 3 you should be familiarised with the initial basics of Russian grammar: the system of 3 genders, telling the genders apart and adjusting the endings of other words around the noun in the sentence to match its gender. The system of cases should come up in around Lesson 5 or 6. If you have studied Latin, Greek or German or any other language with cases, learning Russian will be much easier.

The main bulk of Russian vocabulary is Slavic, so if you are a native speaker of a Western European language all the basic words will be completely new to you. It would be a good idea to make a list of vocabulary after every lesson and learn it, otherwise the “snow ball effect” will kick in: there will be more and more new words to learn, making it difficult to catch up with the course.

Russian pronunciation is not difficult. Compared with Western European languages, it is quite similar to Italian, so Italians usually have a very good accent in Russian! The only difficulty for English speakers is that you will have to roll your “R”-s, and there are some unusual combinations of consonants, like “zd” or “kn”. Such combinations do not exist in English but they are perfectly pronounceable, you’ll just have to make a bit of an effort.

The importance of homework

And, of course, in a beginner Russian course of all courses, doing your homework is very important! It can be as little as a couple of hours a week, but you will definitely need to have some time on your own, going over the material covered in the lesson. Otherwise the teacher will have to do it with you during the lesson (in case it’s a 1:1 course), and progress will be much slower. In group courses, doing homework is a key factor for not falling behind, so it’s even more important!

Whatever your motivation for starting a course, have fun, and we look forward to seeing you in our lessons!