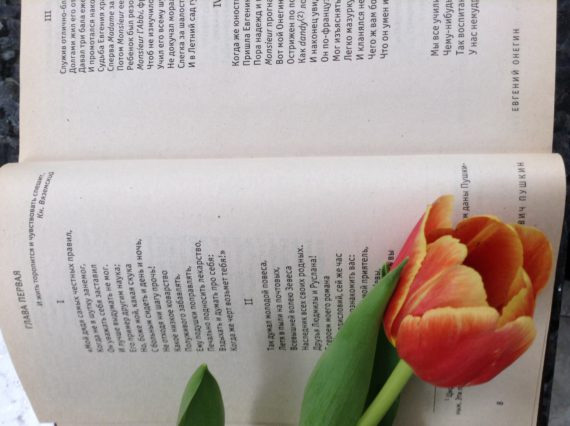 "Pushkin is our everything." We, Russians, are so used to this phrase. But what does it mean? Why is Pushkin so important for the Russian language and literature? As a learner of Russian you will have to read some Pushkin sooner or later, and you will definitely be learning words and phrases coined by him.

“Pushkin is our everything.” We, Russians, are so used to this phrase. But what does it mean? Why is Pushkin so important for the Russian language and literature? As a learner of Russian you will have to read some Pushkin sooner or later, and you will definitely be learning words and phrases coined by him.

Russian: a great language fit for a great literature

I have always assumed that knowledge of a foreign language comes together with knowledge of the literature that exists in this language. After all, literature is the ultimate manifestation, the source and the triumph of any national language. I have written a lot in this blog about things that are not related to language directly – the weather, the way we, Russians, are, the things we do. So it’s time for an article about Russian literature – a vast universe that, if you enter it, will tell you all of the above and much more.

Russian is a great language to write in. It has everything that a great literature needs: strength of expression, rich vocabulary, a vast arsenal of adjectives, epithets, descriptions, figures of speech, musicality, tenderness, rhythm. It is a language much more suitable for literature and especially poetry, than for doing business in. In comparison, English is a more practical language. It’s based on verbs – it’s a language for “doing”. Russian is based more on nouns and adjectives, it loves its participle constructions and long sentences. It’s almost excessive, and it’s good for contemplating and describing. Is it an expression of the Russian national character? Or maybe the other way round – Russians are so engrossed in thought rather than action, because of the language? Who knows, but the connection is obvious.

The greatest name in Russian culture

All that said, the genius who created and skilfully used the modern Russian language was definitely a man of action, and quite a character as well. Pushkin is the name so intrinsic to Russian culture that even when we tell someone off, we say “And who do you think should do it for you – Pushkin?” Or this: “And who is supposed to know that – perhaps Pushkin?” As the popular quote says, Pushkin is our everything. He accompanies us from the first lines we read as children to the grave, with everything we say and think.

Russia’s first and only black poet

A great grandchild of an Ethiopian, Pushkin is in fact Russia’s first and only black classical poet! His Ethiopian ancestor, Ibrahim Hannibal, who arrived in Moscow in 1704 as a young prisoner, became a favourite adviser and friend of Peter the Great, and later, of his daughter, Empress Elizaveta (Elizabeth) who gave him a lot of land and power.

A romantic and a rebel

Pushkin was born in Moscow in 1799 to a noble but modest family, so he was never rich, and often broke, in spite of being very famous even in his day. He was educated at an elite boarding school for boys in St Petersburg, specially founded by the tsar himself to ensure a reliable supply of well educated civil servants. Just like all aristocrats of his time, Pushkin spoke French, along with several other languages, almost as a native speaker. His first poems were in fact in French. Famous for his hot (African ancestry, they say!) temper and love of women, Pushkin had a colourful life, with many crazy affairs with women from all walks of life, including wives of prominent courtiers. A child of his age, he participated in many duels over women, finally getting killed in one of them. A romantic rebel, he was exiled from Moscow and St Petersburg several times for sympathising with the revolutionary Decembrist movement and anti-tsarist writing. Both his affairs and his political views were the source of poetic inspiration. He settled towards the end of his short life, getting married to a society beauty Natalia Goncharova, who is rumoured to have been favoured by the tsar himself. They had 4 children before she had an affair with a Frenchman called D’Anthes. Pushkin challenged him to a duel, was fatally wounded, and died at the height of his poetic career at the age of 37. A perfect life and death for a romantic poet.

Why is Pushkin so famous?

First, he was the first writer and poet who started using normal colloquial everyday Russian in his writing. He did for the Russian language what Shakespeare did for English. Needless to say, we of course had literature before Pushkin, but its style was lofty, artificial and did not resemble spoken language at all. The works of 18th century Russian poets are full of references to Greek and Latin gods and heroes, featuring archaic Slavonic vocabulary, often bombastic and difficult to read. Pushkin brought it all down to earth, both in form and content. With Pushkin, literature became interesting, readable and lively! So lively that apparently there are even indecent verses making use of tabooed vocabulary, carefully hidden in archives by the tsars and the Soviet authorities alike, surfacing only a few years ago, in the age of all scandal welcome tabloid culture. I haven’t read them, deliberately – it might be a hoot but I don’t want to be disappointed if it’s not.

Second, Pushkin was a poetic genius, there is no doubt about that. He could rhyme anything and turn any thought or any plot into a perfect poem, with flawless rhyme, meter, alliterations, similes, allusions – you name it! Easy to read, catchy, easy to remember. We had to learn a lot of his poetry by heart, and it’s a joy to retrieve it from memory, even now. Times and fashions change, but Pushkin’s work remains a gleaming beacon of literary perfection!

His main bulk of work consists of numerous short poems, mostly romantic, sometimes political or satirical. Any Russian who has ever studied at school will be able to remember at least a couple of lines by Pushkin, even if they don’t remember that it is Pushkin.

In his later life he wrote larger works, both in poetry and prose, the most famous being “Eugene Onegin” (“Evgeny Onegin”) which Pushkin himself called “a novel in verse”. It is written in a distinctive meter and form, called “Onegin’s stanza” and depicts a Byronic character, a cynical and disappointed young man, breaking the heart of a young provincial girl who actually deserves much better than someone like him! In a twist of fate though, he meets her again a few years later in St Petersburg, hardly recognising in a polished society dame the humble Tatiana he used to know. Predictably, he falls madly in love with her, and predictably, she turns him down. Apart from the main story, this novel is full of interesting and charming details of Russian life depicting the Russian climate, people, habits, even culinary delights of St Petersburg’s affluent citizens. So much so that one of the 19th century Russian literary critics called it “the encyclopaedia of Russian life”. It has been translated into English; there are several versions, including a famous one by Vladimir Nabokov, but none of them is as good as the original. Translating poetry is an impossible task. Pushkin himself translated Byron and Goethe, but what came out is Pushkin, and not the poet who wrote the original! So if you would like to appreciate the beauty of Pushkin’s poetry, you’ll have to enrol on an advanced Russian course! (having done the beginner and the intermediate Russian courses first, naturally!)

Apart from Eugene Onegin, Pushkin wrote a series of poetic dramas – Mozart and Salieri being the most famous one – contributing to the myth that Salieri poisoned Mozart out of jealousy, but promoting the positive idea that genius and vice are not compatible…, two prose novels (Dubrovsky and Kapitanskaya Dochka), a collection short stories (Povesti Belkina), and an unpublished history of one of the Russian peasant revolts in the 17th century. So perhaps not as prolific as Shakespeare, but younger, naughtier, and crazier!

Want to see it for yourself? Learn Russian!