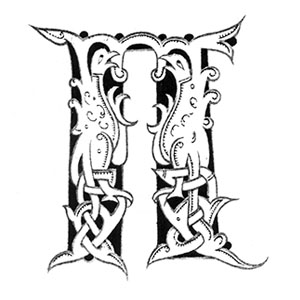 How to learn the Russian Cyrillic script: 10 tips

The first question that I ask my students in the very first lesson is - what do you know about the Russian Cyrillic script? The usual answer is â€“ all we know is that itâ€™s different, and we have to learn it! So, are there any tricks that would help learning it?

The first question that I ask my students in the very first lesson is – what do you know about the Russian Cyrillic script? The usual answer is – all we know is that it’s different, and we have to learn it! So, are there any tricks that would help learning it?

What do we know about the Cyrillic alphabet?

It was created in the 9th century AD by 2 brothers – Cyril and Methodius, who were learned monks and Christian missionaries, striving to introduce the Christian faith to Eastern Slavs who, at that time, were pagans. The brothers were Greek by birth and knew several languages. They based the new Cyrillic alphabet on the Greek one, with some elements of Latin, Hebrew and a couple of completely new letters.

The modern Russian alphabet (which is a simplified version of the original one) has 33 letters. Two of them are silent: Ð¬ – the “soft sign” and Ðª – the “hard sign” that only modify the pronunciation of other letters.

The good news about the Russian alphabet is that it’s based on the phonetic principle: one letter corresponds to one sound (with the exception of the two silent letters). So once you have learned the letters, you will be able to read a text in Russian correctly, even if you don’t have a clue about what it means!

Types of letters in the Russian alphabet

When we teach the alphabet to complete beginners, we usually do not do it in alphabetical order, but divide it into sections: the same letters as in English (the simplest portion!); the so-called “false friends” – the letters that look the same as the English ones, but represent completely different sounds; the Greek letters; and everything else – that is, the letters that are unique to Russian.

The most difficult letters are the “false friends”. Old habits die hard, so when you see the letter P, you automatically pronounce it as the English P, but it is, in fact, the Russian R! Not to worry – with time, your brain will get round that problem.

So what is the best way to learn the new alphabet?

10 tips for learning the alphabet

Here are a few tips from Vlada, who has taught hundreds of beginner students:

1. Listen to the letters as they are read out (there are a lot of websites and You Tube videos teaching the pronunciation of the Russian letters), repeat them after the speaker, trying to associate the image of the letter with its sound.

2. Make a “cheat sheet”: one small page with the Russian letters and their equivalents in English (or any other language that you know!), with examples or illustrations. Use this sheet every time you read. There is nothing wrong in looking up the letters as you read. If you do it long enough, there will come a time when you will not need your cheat-sheet anymore!

4. Associate letters with familiar words and geographic names. For example, Ð›Ð¾Ð½Ð´Ð¾Ð½ (London) or Ð›ÐÐœÐŸÐ (lamp) should be associated with Ð›. The letter C goes with Ð¡ÐŸÐ£Ð¢ÐÐ˜Ðš (Sputnik) etc.

5. Make flash cards with a Russian letter on one side and its English (or your language) equivalent and an illustration on the other side, and look at them when you have a spare minute – on public transport, before going to bed, while doing house chores.

6. Read a lot of international words and geographic names written in Russian letters. Any textbook of Russian for beginners should have those. The point is – you don’t have to learn the new words plus the new alphabet at the same time. There are plenty of Russian words that you know already (Ð±Ð°Ð½Ðº, Ð»Ð¸Ñ„Ñ‚, Ñ„ÑƒÑ‚Ð±Ð¾Ð», Ð¸Ð½Ñ‚ÐµÑ€Ð½ÐµÑ‚, ÐÐ¼ÐµÑ€Ð¸ÐºÐ° etc), you just need to read them!

7. Write international words in Russian. Even if writing is not your priority and you are interested in spoken Russian only, you still need to be able to read! Writing down words will help you remember the letters better.

8. Write down in Russian your name, names of your family members, pets, the place where you were born, and see if your teacher/fellow students/Russian speaking friends can figure out what they are.

9. If you have a chance to visit any Russian speaking countries, it will help to read all the announcements, ads and street signs. See if you can recognize any familiar brand names (MÐ°ÐºÐ´Ð¾Ð½Ð°Ð»ÑŒÐ´Ñ for example) and familiar words.

10. Repeat the letters as often as you can. After all, repetition is the mother of learning!  The new letters will gradually settle in your memory if you repeat them every day. Take your time doing it: learning a language is a long and, ideally, a slow journey that you should enjoy.

And, if you need help with all or any of the above – welcome to our Russian lessons in London or on Skype!