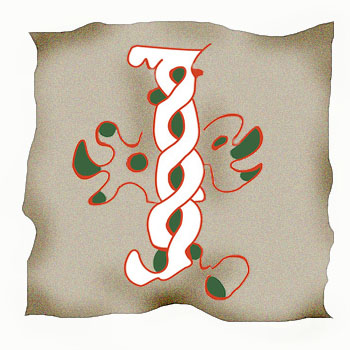 Facts and Figures about the Russian Language

What are the main facts about the Russian language that we at Just Russian are striving to learn and teach? What should you expect if you have decided to learn Russian or if you're just considering taking Russian lessons?

What are the main facts about the Russian language – the language that we at Just Russian are striving to learn and teach? What should you expect if you have decided to learn Russian or if you’re just considering taking Russian lessons?

• Russian is the most widespread language of Eurasia, and the most widely spoken Slavic language. In Europe, more people speak Russian as a mother tongue than any other language.

• Russian belongs to the family of Indo-European languages (which means that it is related to all Western European languages) and is one of three modern East Slavic languages, together with Ukrainian and Belorussian.

• Written examples of Old East Slavonic, the predecessor of Russian, come from the 10th century.

• Russian is the 6th most widely spoken language in the world. It is spoken by about 165 million people as a mother tongue and by about 114 million as a second language.

• Russian is one of the six official languages of the United Nations.

• It is spoken in most of the ex-Soviet states, such as Byelorus, Ukraine, Kazakhstan, Kyrgyzstan, Moldova and the Baltic states, either as a native or a second language.

• In some areas of Ukraine and Belarus, 2 languages are spoken interchangeably, and in certain areas this resulted in a language mixture called Surzhyk in Ukraine and Trasianka in Belarus.

Russian in Soviet times and after

In Soviet times (1920s – 1991), each of the republics of the Soviet Union had its own official language, but the unifying role and superior status was given to Russian. Since the break-up of the USSR in 1991, the newly independent states have been encouraging and developing their native languages. However, the role of Russian as the post-Soviet language of international communication has continued.

In Soviet times, Russian was mandatory for school children in the ex-USSR states and Soviet allies: Poland, Bulgaria, the Czech Republic, Slovakia, Hungary, Albania, Mongolia, Cuba. However, younger generations are not learning it any more, giving preference to English (with Mongolia being an exception).

Russian is spoken in large Russian-speaking immigrant communities in Israel (about 750,000 people), the USA (about 700,000 people) and Canada.

Russian is not the only language spoken in Russia

Russian is the official language of the Russian Federation but it is not the only language spoken in the country. In some regions it shares official status with other languages belonging to ethnic autonomies within Russia, such as Bashkir, Tatar, Yakut.

The history and the structure of the language

• The Russian (Cyrillic) alphabet has 33 letters and is phonetic in principle, which makes it relatively easy to learn. It is called Cyrillic after St Cyril, a 9th century Greek monk who, together with his brother Methodius, devised this alphabet (or, rather, a much older version of it!), incorporating elements of Greek and Latin into it, as well as introducing a few new letters.

• Russian grammar is close to Latin in structure, and is based on a system of noun cases (6) and verbal conjugations, which makes it relatively difficult to master.

• Russian punctuation rules are similar to French and German ones.

• The modern Russian literary language traditionally dates from the time of Alexander Pushkin (1799-1837), the most famous Russian poet and writer. Pushkin hugely influenced Russian literature by introducing a simpler style of writing based on the colloquial Russian of the time, as distinct from his predecessors who used very old-fashioned “literary” grammar and vocabulary.

I may be biased, but I think that Russian is an incredibly versatile, adjustable and creative language. It sounds beautiful, and is ideal for poetry, prose and singing. It has a great power to describe emotions and feelings, and can adjust to be tragic or funny, soft or harsh, sophisticated or simple. It’s the instrument of one of the greatest literatures in the world. And it’s a rewarding experience to learn Russian.