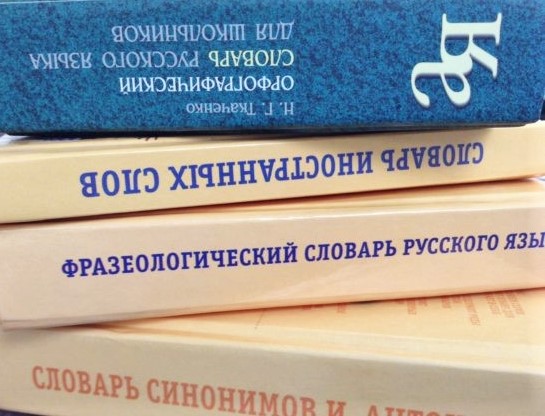 How many of all those words that you are trying to learn in Russian lessons, are actually Russian? And how many of them do you have to learn?

How many of all those words that you are trying to learn in Russian lessons, are actually Russian? And how many of them do you have to learn? Some notes from a Russian teacher on Russian vocabulary that you might want to know.

How many words are there in the Russian language?

How does Russian everyday vocabulary compare with English? My personal observation is that in Russian there are more simple everyday words describing things and actions than in English. Thus, for example, what can be expressed in English with a simple verb “to clean”, in Russian would be rendered by different verbs, according to HOW you clean it (with water, or with a dry brush) and WHAT is being cleaned (cleaning a house is different from cleaning a car or cleaning your teeth etc). Some verbs are so narrow in meaning that they can only describe one particular action, for example, “umyvatsa” means to wash one’s face, and nothing else!

Talking about many words describing one thing, our students like to ask – are there many words in Russian for snow? Interestingly, no! There is only one, “sneg – ÑÐ½ÐµÐ³”. However, we do have several words for a snow storm…

On the other hand, it looks like in English there are more “sophisticated” difficult words, often borrowed from foreign languages. And that is why the most comprehensive English dictionary (The Oxford English Dictionary, 291 thousand words) lists more words than the Russian one.

The origins of Russian vocabulary

Where do all those words come from? Russian (as well as English) belongs to the Indo-European family of languages, which originates from Sanskrit. So very simple basic words are often similar to other European languages: names of relatives, numerals, common animals, simple words like “water”, or “sun”. But that won’t be a great help for an English speaker: there aren’t many of those simple words, and the similarity is often very vague.

Following the language classification further, Russian is a Slavic language, so the main bulk of vocabulary is Slavic. For those who already speak a Slavic language, such as Polish, Czech or Bulgarian, learning Russian words is much easier than for a native speaker of a Western European language. That said, there are a lot of “false friends” in Russian for speakers of other Slavic languages. A classical (and a very amusing!) example is the word “uroda” which in Polish and Ukrainian means “beauty”, but in Russian – a complete opposite, “ugliness”! In Soviet times, among very few foreign magazines available, there was a Polish glossy called “Uroda”, dedicated to fashion and beauty. What were Russians supposed to think it was about?! Or another good one: a “sklep” in Polish is a shop, and in Russian – a crypt. You can see how these words developed – “uroda” is something extraordinary (good or bad!), and “sklep” is a place of storage (foods or bodies!)

In the course of centuries, Slavic vocabulary in Russian was “diluted” by additions from other languages. With the Tartar invasion in the 13th century came Turkish words (they say all the worst swear words in Russian come from that period in history).With the epoch of Peter the Great, who loved all things European, and especially German and Dutch, came a lot of German words. The Russian for “potato”, for example, is “kartofel” and a sandwich is “buterbrod”. As time went by, and we developed connections with other cultures, more and more non-Slavic words entered the Russian vocabulary. Catherine the Great, Peter’s granddaughter, loved everything French and decided that all her courtiers should speak French to her and to each other. And what a Russian monarch says, Russian people do! As a result, from that time until the communist revolution in 1917, Russian aristocracy and all well-educated people were bilingual in Russian and French, brought up by French governors and tutors. They would talk French to each other, and Russian to commoners and servants (quite handy – the servants could not understand and then gossip!) As a result, a lot of French words became part of the Russian language – albeit often distorted in meaning. So in modern Russian a “planchette” is a tablet computer (an i-pad), and a “plafond” is a round glass lampshade (possibly attached to the ceiling but not the ceiling!). A “portefeuille” is a briefcase, and “manto” is more like a cape than a coat. The coat is “paletot” – a very old French word which is not used any more in French (so I’ve been told by my French students).

In more recent times, with the advance of modern technology and the Internet, we have been borrowing more and more English words. Traditionally, English words in Russian are names of sports, some breeds of dogs, and more recently, all the computer terms and words related to the world of media and high technologies. Scholars complain that Russian is now littered by a host of completely unnecessary English words, that have a perfectly good Russian equivalents. But they sound “cooler” and more sophisticated, so journalists and politicians love to use them, and they spread around. Should that be regulated and restricted? Perhaps, but a language is a living organism created by its native speakers, and not by learned scholars. Despite what the French Academy might think, you can’t regulate it. It will regulate itself!

So good luck in learning it all! maybe just a couple of hundred words to start with, and a couple of thousand to finish!