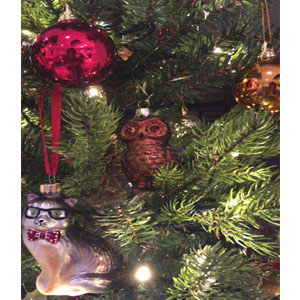 The main winter celebration in Russia, the New Year, is here! But did you know that in the 10th-15th centuries Russian New year was celebrated in spring, on the 1st of March? Here is a short history of Russian new year celebrations.

As you probably know, the main winter celebration in Russia is the New Year, not Christmas. But did you know that in the 10th-15th centuries Russian New year was celebrated in spring, on the 1st of March? In those old days, the New Year celebrated the beginning of the warm season and agricultural work. In 1492 the Tsar Ivan the 3d established a new date for the New Year – the 1st of September, on the day of various tax collections. So it wasn’t a cause for celebration! But on New Year’s day anyone, even a commoner, could ask for an audience with the tsar.

Peter the Great (who in the Russian tradition is called Peter the First) was the tsar who introduced a lot of new things in Russia, including western-style celebrations of the New Year. In 1699, he ordered all Russians to celebrate the beginning of a new year on the 1st of January, wishing each other a Happy New Year on that day.

Following the European tradition, Peter changed even the year itself! At that time, years in Russia were counted from the creation of the world and not from the birth of Christ (although how and who established the exact biblical date of the creation is a mystery to me!) So the year 7208 became the year 1700. Peter ordered New Year services to be held in churches. All his subjects were to wish each other a Happy New Year and all parents were to entertain their children by riding sledges down hill.

The first ever new year celebration was held in Moscow in 1700. There was a huge New Year fireworks display in Red Square, produced by more than 200 guns. At midnight, Peter himself walked into Red Square with a torch and launched the first rocket into the sky. Following him, in all the palaces people fired guns, launched fireworks and made fires out of straw.

To check that his subjects were following his orders to celebrate, Peter with his retinue could unexpectedly turn up in the house of one of his courtiers/ministers to see how his family were celebrating. Those who displayed a “sour face” were flogged.

At court, the New Year entertainment lasted a week. There was so much food and drink that half of the guests fell asleep under the table. At the festive dinner in the palace, alongside with traditional Russian food and drink, the tsar introduced fashionable things: the exotic potatoes brought from Holland and coffee. The tsar was very keen on making everyone drink coffee whether they liked it or not!

Here are the instructions on how to handle the guests during the festive dinner: “Drink as much as you want, as long as you can stand. For those who lie down, no more alcohol, even if they ask for it. Unconscious revellers should be stashed carefully in the corner, to avoid injury, away from the dancing floor… Put different genders separately to avoid embarrassment after waking up.” At the same time, commoners could enjoy fountains pumping out red and white wine. According to the accounting books of that time, the whole dinner cost 80 roubles – at a time when you could buy a cow for 3 roubles.

After the dinner, there was a fancy dress party. The tsar was dressed as a Dutch sailor and his wife Catherine as a Dutch peasant girl.

It was Peter who brought the first Christmas tree to Russia by ordering streets and houses to be decorated with branches and whole trees of fir and pine. The trees were to stay until the 7th of January. However, the only people who were enthusiastic about the new decorations were pub owners who put up fir trees on the roofs of their drinking establishments to attract more people, mostly drunkards. It was only in the 19th century that Christmas trees became a respectable decoration and were put up in the salons of aristocracy and even in the houses of ordinary people.

After the October revolution, in Soviet times, both Christmas and New Year celebrations were abolished (in 1929). The celebration of Christmas (which in the Russian tradition is on January the 7th) was not reintroduced until the post-Soviet times. However, the New Year was made a public holiday in 1947. All our modern new year festive traditions appeared the soviet era: Grandfather Frost (Ded Moroz) and his assistant the Snow Maiden (Snegurochka) visiting children with gifts, the “Olivier salad” (Russian salad) as a traditional dish on New Year’s Eve, making a wish while the Kremlin clock is chiming at midnight, traditional new year songs, films and performances. But, this is a subject for another blog!