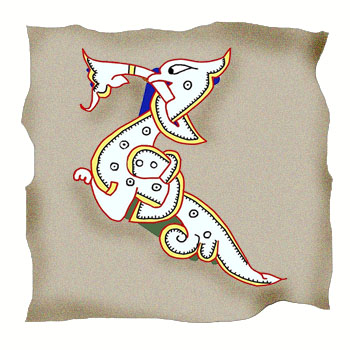 Learning Languages: are you a good linguist?

What does it take to become a good linguist? The most important things for a good language learner are patience, practice and continuous effort.

What does it take to become a good linguist? Quite a lot of things: a good memory, attention to detail, motivation, even courage! But do not worry if you do not have all the qualities listed below, while embarking on a Russian course in London: the most important things for a good language learner are patience, practice and continuous effort.

Who is a polyglot?

We’ve all heard of polyglots – people who can learn (and retain!) many languages. Apparently, a polyglot is someone who fluently speaks 8 or more languages. But do such people really exist? And what does it take to master a foreign language, just one, but completely different from your own? In 20 years of Russian and English teaching (and a lifetime of learning!), I have worked with a lot of talented linguists, and here are my observations.

A good memory is important

For a good linguist, it is important to have a good memory. Being able to memorise, and more importantly, retain words and sounds. To become fluent in a language, you will need to learn at least a few thousand words and their forms. Is it realistic for anyone? Yes, it is. People are not born with a good or bad memory. Memory can be trained to be good, and paradoxically, the more you learn the better your memory becomes! So people who have a lot of experience in learning and using foreign languages can usually memorise words quickly and in large quantities.

Another question that comes up in Russian lessons: is it possible to get rid of your foreign accent? In my experience, almost, but not quite, if you started learning a language as an adult. You have to study a bit of phonetics, be a good imitator and have a good musical ear to perfect your accent. How important is it? It’s up to each learner to judge. A slight foreign accent may add charm and character to your speech. After all, as my own teachers used to say, we are not training people to become a spy!

On the other hand, if you are a professional linguist, a teacher or interpreter, a heavy accent will not contribute to your professional credibility.

I have seen foreign students of Russian (speakers of Western European mother tongues) whose accents are so good that I would not be able to place them and it would take a few minutes of careful listening to realise that Russian is not their first language.

Hard work will do it

To cut a long story short, there are no bad linguists – there are lazy ones! As we say in Russian, “Ð¢ÐµÑ€Ð¿ÐµÐ½Ð¸Ðµ Ð¸ Ñ‚Ñ€ÑƒÐ´ Ð²ÑÐµ Ð¿ÐµÑ€ÐµÑ‚Ñ€ÑƒÑ‚” – “hard work and patience will grind anything”, even the solid rock of Russian grammar… So if you’ve never learned languages before, do not be put off – just do it!

What it takes to learn a language

Requirement number one – a lot of patience. To retain a word in your memory takes repetition and practice. That is why it is not realistic, in my experience, to speak many languages to a very high standard (unless you are a linguistic genius – but I’ve never seen one!) – you simply won’t have a chance to use them often enough, and when you don’t use them, they slip away.

The ability to listen and imitate. Musicians are usually very good at languages because they can hear very well the sounds of the language and can imitate them. Studying phonetics and knowing how sounds should be formed will help, but having a good ear means having a good accent.

Logical thinking. It’s important to understand how a language system works, especially in languages with complex grammar, like Russian. Just to decide which ending to use for a noun, one needs to recreate a whole logical sequence in one’s memory, recalling a word, and then choosing its correct form judging from the word’s gender, number, and case.

Ability to “play it by the ear”, and try to develop a “feel” for a language. When you’ve used a language for a while, you can sometimes instinctively predict what a word should sound like. Not a hundred percent reliable, but a good linguist is not scared of making mistakes!

It is true that the older you become, the more difficult it is to learn a new language, simply because your head is so full of other things! But with a bit of effort and persistence one can learn a language regardless of age. My oldest students are in their 70-s (or maybe 80-s, I am not sure), and they cope perfectly well. And on the contrary, some people in their teens and 20-s find it hard to concentrate and retain information. So it’s more about your learning skills and mental discipline than age. Also, in my experience older learners may take a longer time to learn not because their brain cannot hold the extra information, but because they are too busy, always thinking about lots of things at the same time: work, family, kids, houses, travel, – all sorts of worries that come first.

Interest in the country and its culture

Motivation and interest in the culture and people of the language is very important. A language cannot be learned in isolation from a culture it belongs to. With it always comes a whole set of values, history, literature, music, the way of life of the people who speak it, and who created it. It is usually the student’s interest in the whole culture, or a particular aspect of it (or a person associated with it!), that is the driving force of the language learning.

How many languages can one speak fluently?

My students of Russian sometimes ask: is it possible to speak many languages to the same high degree of proficiency? Theoretically, yes, but in more than 20 years of language teaching in two countries I have never seen anyone who could speak more than 3 different (not closely related, like Russian and Ukrainian) languages to a native speaker standard. A person can know 5 or 6, and use them from time to time, and even be fluent, but they would make all sorts of small mistakes that an educated native speaker would not make. That said, it does not stand in the way of communication with native speakers of a certain language, and is a huge personal achievement!

So, if you would like to add Russian to your portfolio of languages, welcome to our Russian courses in London!