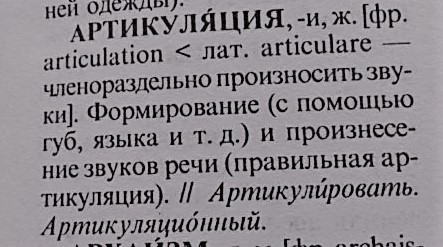 Starting to learn Russian as a foreign language, you may wonder - how important is it to sound authentic or at least respectably accurate when you speak? Is a good accent important?

Starting to learn Russian as a foreign language, you may wonder – how important is it to sound authentic or at least respectably accurate when you speak? Is a good accent important?

The importance of a good accent for a learner of Russian

When I was learning English at Moscow University, acquiring good pronunciation was of paramount importance. And rightly so. A professional linguist should sound, if not like a native speaker (which is extremely difficult), at least respectably similar. A good linguist should be able to imitate the sounds and intonations of a foreign language, and to hear pronunciation mistakes. So we had lengthy and sometimes painful classes of phonetics that involved in-depth study of the organs of speech, the formation of sounds, and exercising with mirrors and other props. The thing is – the so called “articulation bases”, that is, the way the sounds are formed in your mouth, are completely different in English and Russian. So it is difficult for an English native speaker to acquire a good accent in Russian, and the other way round.

Even if you are not a professional linguist, good pronunciation can cover all manner of sins. When you talk to people, that’s the first thing that they register, before they start noticing your grammar and vocabulary mistakes. When you start talking and you sound authentic, people think at once that your language skills are good. It’s like handing out your business card – here I am! I sound good, and therefore I AM good! And the other way round, someone may have perfect grammar and a huge vocabulary range, but their accent completely ruins the impression!

Here are the peculiarities of Russian pronunciation in 10 simple points:

The most obvious and noticeable point for English speakers is that you have to roll your “R”s. So Italians and Scots usually have a good Russian accent! We pronounce every single “R” rather distinctly, even at the end of the words. So if you start dropping it, you get a heavy English accent. However, do not despair if you are one of those people who cannot roll “R”s. Some Russians cannot do it either and pronounce “R”s in a sort of a French style. There is even a Russian word for it – “kartavit” – which tells you that it’s a common feature. The key thing is – do not drop the ‘R’ altogether, always say it, whichever way you can.

There is no difference between long and short vowels, so to an untrained Russian ear the difference between “ship” and “sheep” is non-existent. Which makes your task easier, just ignore the vowel length and pronounce them any way you like!

3. English sounds that do not exist in Russian

There are no “w”, “th” and “j” sounds in Russian. In English words containing those consonants we replace them, respectively, with “v”, “t” and “dhz”. So the word “whiskey” is pronounced as “viski”, “Heathrow” becomes “Hitrou”, and John turns into “Dzhon”.

Russian pronunciation is much more “labial”, that is, the sounds are formed on your lips. The most obvious examples are the vowels “o” and “u”. You have to protrude your lips while saying them.

There are a lot of consonant clusters in Russian – combinations of consonants that do not exist in English. For example, the very first word that you learn as a beginner, “Hello” – “Zdravstvooyte”, starts with 3 consonants – “zdr”! Other examples: “vstr”, “vtr”, “vch”, “gn”, “rsh” etc

There is a “reduction” of vowels in the unstressed position. Unstressed “O”s, for example, are pronounced either as “A”s or as a very weak reduced sound, depending on their position in the word. For example, the word “horosho” (“good”) which has a stress on the last syllable, is pronounced as “harasho” or even “hrasho”. Muscovites tend to reduce their “O”s even more. I should say here that as a foreign learner of Russian, if you are not sure, you can pronounce all “O”s fully. You will be perfectly understood by native speakers, because this is the way the words are spelled, but you will sound rather foreign.

The stress in Russian is unpredictable – it can be on any part of a word and there are no rules about it (just like in English, in fact). So as you learn the word you have to memorise the stress pattern. Sometimes the stress changes treacherously as the word changes its form (e.g becomes plural or changes case). There are some especially tricky examples where the same word with a different stress means a completely different thing. So the stress is something that gives away even the most advanced students! It may make you feel better if I say that Russians themselves make mistakes in stress all the time. There are some words that confuse even the most educated native speakers.

The so called “Soft sign” – one of the two silent letters of the Russian alphabet – is in fact a phonetic sign rather than a letter. It signifies the softness of the preceding consonant, as most Russian consonants have a “hard” and a “soft” version. It’s usually not a problem for Slavic, German and French native speakers, but can be a problem for English speaking students. Again, if you cannot hear or pronounce the difference, it’s not a big deal and will not impede communication. But if you want to achieve perfection, you’ve got to train yourself to distinguish the “softness”.

The “Hard sign” is the other silent letter, a phonetic indicator that the syllables between which it is placed should be pronounced separately, as if they were 2 separate words. It’s a rather rare letter and you will not see it used at the beginner level. Its function is to “separate” syllables, so it is also called a “separating” hard sign.

10. The uniformity of Russian pronunciation

And finally, a bit of good news: there are practically no noticeable accents and dialects within the Russian speaking world. Theoretically, they do exist, but practically, they are so subtle that as a foreign student you will not be able to notice them. I can usually tell a Muscovite, but that’s about it. (and I have been mistaken on a number of occasions). It is also quite easy to hear the accent of the people from the south of Russia and from Ukraine because they sound soft and have a distinctive pronunciation of the G sound. However, anyone educated to a good standard would speak a completely neutral version of Russian. Which, compared to English, is a dream!

Ultimately, for an ordinary user of the language the “acid test” is whether native speakers easily understand you. If they do, your accent is good enough. I always say to my students who struggle with Russian phonetics that after all, they are not training to be a spy, or pass for a native Russian. If the teacher can understand them, other people will. That’s good enough! But if you are prepared to put in extra effort to sound really good, it will be appreciated. You will get rewarded with endless compliments, because a good accent is the hallmark of excellence.