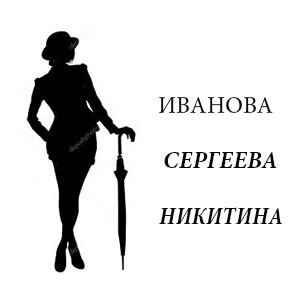 An important component of successful communication in a foreign language is to know how to address people you are talking to. You might know the right thing to say, but how do you start... So how do Russians address each other?

An important component of successful communication in a foreign language is to know how to address people you are talking to. You might know the right thing to say, but how do you start… So how do Russians address each other?

I should say that in this area we have a bit of a crisis in the modern Russian language. The thing is that in modern Russian we do not really have an everyday neutral generally accepted form of address.

Before the revolution of 1917, we had an elaborate system of addresses, both polite and familiar, developed to fit every sphere of social life. However, after the communist revolution of 1917, all these words were abolished and replaced by the unisex and democratic “Ñ‚Ð¾Ð²Ð°Ñ€Ð¸Ñ‰ – tovarish” – “comrade” or even “mate”, to eliminate all social and gender differences. So in the Soviet times, in the official context, the universal form of address was “Tovarish + Surname”. But it was used only in formal, work related situations. In real life, when people spoke to someone whose name they didn’t know, not everyone would be comfortable with using the word “comrade”. Some people did, but for some it would have seemed too formal and therefore awkward. And that’s where the “address crisis” started. The old forms of address were banned and therefore forgotten, and nothing new was created to replace them, apart from “tovarish”.

Interestingly, Russians in the Soviet era started using the words that were the exact opposite of the official requirements for unisex and PC address: “Ð´ÐµÐ²ÑƒÑˆÐºÐ° – devushka” and “Ð¼Ð¾Ð»Ð¾Ð´Ð¾Ð¹ Ñ‡ÐµÐ»Ð¾Ð²ÐµÐº – molodoi chelovek”. “Devushka” literally means a girl or young lady/miss, and “molodoy chelovek” is a young man. Not only they are gender-related, but also age-based! So older people still have a problem with addressing each other.

Who can be addressed as “Ð”ÐµÐ²ÑƒÑˆÐºÐ°?”

Devushka is now the most popular form of addressing a woman whose name you do not know: a shop assistant, a waitress, a hotel receptionist. It has now almost lost its age characteristic, so all women are now called “young ladies”, regardless of their age (exception being classical old babushkas who do not mind being treated as such). Some people deem it to be vulgar, but I like it! I know it doesn’t mean much, but it feels nice to be called “devushka” when you have obviously exceeded the age when you should be called so! It is getting silly though: when I boasted to my mother that people in Moscow still call me “devushka”, she said, “Don’t be excited, they call me “devushka” too!” – and she is 75… So while in Russia, or even listening to Russian speakers in London you will hear the word “devushka” popping up all the time. However, you cannot use this word in a formal situation, especially at work towards a senior colleague. That can land you in a whole world of trouble. So I suggest that you do learn some other forms of address in your Russian lessons!

A more genteel form of “devushka”, used mostly by middle class intellectuals is “Ð‘Ð°Ñ€Ñ‹ÑˆÐ½Ñ – baryshnya”. This is a pre-revolutionary form of address for an unmarried young woman, of non-working class decent. If you are dealing with an older woman, the word “dama – Madam” can be used, as an older counterpart of “devushka” or “baryshnya”.

“Molodoy chelovek (Ð¼Ð¾Ð»Ð¾Ð´Ð¾Ð¹ Ñ‡ÐµÐ»Ð¾Ð²ÐµÐº) – young man”, the on the contrary, has become a rather unfriendly expression – something that you would want to use when you are about to tell someone off, or talk to a guy who is trying to jump a queue in front of you. How it is possible for the word “devushka” to be friendly and acceptable, and for its male counterpart – unfriendly and cold, I really don’t know!

Formal ways of address in Russia

So what do we do in formal situations to address someone? If you know their name and patronymic – that’s easy, you would just use those (see my blog on Russian names). If not, the old words “Ð“Ð¾ÑÐ¿Ð¾Ð´Ð¸Ð½ – Gospodin” (Mister) and “Ð“Ð¾ÑÐ¿Ð¾Ð¶Ð° – Gospozha” (Miss or Mrs – marital status does not matter) were reintroduced. So, if you address an audience of people, the thing to say is “Ð”Ð°Ð¼Ñ‹ Ð¸ Ð“Ð¾ÑÐ¿Ð¾Ð´Ð°! – Damy i Gospoda!” – “Ladies and Gentlemen!” It sounded really weird when it was just reintroduced, in the early 90-s, but now we’ve got used to it.

Another form of address is “Ð“Ñ€Ð°Ð¶Ð´Ð°Ð½Ð¸Ð½ – Grazhdanin”for men or “Ð“Ñ€Ð°Ð¶Ð´Ð°Ð½ÐºÐ° – Grazhdanka” for women, meaning “citizen”. It’s very formal and rather unfriendly. It brings to mind pictures of the police arresting people, or officials receiving complaints from people in some Soviet-style social services office!

How NOT to address people

A rather rough, really unfriendly form of address is “Ð–ÐµÐ½Ñ‰Ð¸Ð½Ð° – Zhenshina” (meaning “woman”) and “ÐœÑƒÐ¶Ñ‡Ð¸Ð½Ð° – Mushina” (meaning “man”) A staple of Soviet (and present day Russian) queues and rush hour tube squabbles – “Zhenshina, you are not supposed to stand here!!” “Muzhchina, move further into the carriage!” “You irritate me, I’d rather not see you there!” is a clear message there.

Names for family members as a form of address

For older people, “Ð‘Ð°Ð±ÑƒÑˆÐºÐ° – Babushka” or “Ð‘Ð°Ð±ÑƒÐ»Ñ – Babulya” (the affectionate form of the word “grandmother”) may be acceptable, but only by very young people towards a person who is clearly old and would not mind young people calling them “a granny”. The masculine equivalent is “Ð”ÐµÐ´ÑƒÑˆÐºÐ° – Dedushka” or “Ð”ÐµÐ´ÑƒÐ»Ñ – Dedulya” (“granddad”). Not to be confused with “Devushka” – a very common and funny mistake for beginners learning Russian!

When children and young people address adults, in an informal situation they can use “Ð”ÑÐ´Ñ – Dyadya” (uncle) and “Ð¢Ñ‘Ñ‚Ñ – Tyotya” (aunt) plus the first name, or even “Ð”ÑÐ´ÐµÐ½ÑŒÐºÐ° – Dyadenka” and “Ð¢Ñ‘Ñ‚ÐµÐ½ÑŒÐºÐ° – Tyotenka” – the diminutive forms. In formal situations, children are obliged to use the name and patronymic of an adult.

Muzhik and Baba are used a lot in colloquial modern Russian to refer to people, but not to their face. When used to address people, they are really unfriendly and aggressive. Tyotka is similar: when used to describe somebody, it implies a middle aged common woman who does not take good care of herself. It’s a sad word, and most women would be upset if someone addressed them using this word. If I try it on myself, I wouldn’t mind so much being a Baba (Dama would be much more appropriate, of course!), but would definitely mind strongly being a Tyotka!

And finally, something you usually learn in one of your very first Russian lessons – the difference between “Ð¢Ñ‹ -ty” and “Ð’Ñ‹ – vy” – the informal and formal versions of “you”. As you probably know, Russian culture is rather formal, so when you meet someone for the first time, or talk to someone you don’t know very well, you have to use “vy”. You can switch to “ty” when you become friends or very close colleagues. It’s a sign that you are equal, that you know each other very well, and that you do not mind being seen as mates.

“Ty” is totally inappropriate for addressing teachers, doctors or any other professionals who work with you. I get rather upset when students try to call me “ty”, because they were told by someone in the past that it was cool. I know that in some cultures this is a sign of being friendly, rather than formal, but not in Russian. Some people would get seriously upset by being called “ty”, because it sounds disrespectful. One exception are children and teenagers – they are always addressed as “Ty”,even if you don’t know them very well.

The safest way of address

So, as you can see, there is no universal word that we can all use. When addressing someone in Russian, the safest bet is to use the person’s name (if you know it) or just a good old “Ð˜Ð·Ð²Ð¸Ð½Ð¸Ñ‚Ðµ – izvinitye” – “excuse me”.

The ways of addressing people in Russian is a rather complicated subject, and we will be happy to tell you more about it in our Russian lessons!