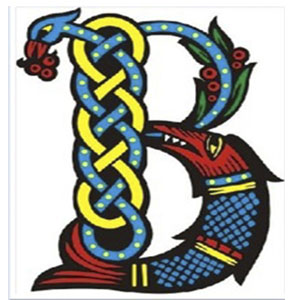 People and language: a multifaceted relationship

Why is it that some people pick up a language really easily and then thrive in a foreign language environment, enjoying trying on new words, expressions, gestures, while others face an impenetrable language barrier?

Have you ever wondered – why is it that some people pick up a language really easily and then thrive in a foreign language environment, enjoying trying on new words, expressions, gestures, while others face an impenetrable language barrier, even after learning a language academically to a good standard? I have been closely watching my students and their progress for 25 years now, and I can say that it’s all about your personality and your attitude.

In my experience, people are unable to become fluent and confident speakers of another language if they cannot forget their usual self and become a different person, at least for a short while.

Simply speaking, if you start speaking Italian, forget that you are called Ivan, assume that you are Giovanni, start using Italian mannerisms and gestures, act a bit, don’t be afraid to look and sound silly because of mistakes, and – you are half way there. Plus some grammar and vocabulary to learn, plus practice and interest in the culture of the language you are learning, and the job is done. That is why actors and creative people are usually good at languages. Speaking a foreign language requires you to get out of your normal persona and put on a different one. I can judge by myself: in English, I am much more polite, reserved, and, strangely, more cheerful. Plus, in my younger days I was a more confident person in English. On the other hand, in Russian I am funnier, more emotional, as well as more gloomy and cynical. English is more comfortable for work. Russian is more suitable for fun as well as sadness.

On the other hand, people who are stuck “within themselves” and cannot imagine themselves as a different person, never break the infamous language barrier in direct colloquial communication with native speakers. They can produce a good piece of written translation, a correct written text, but get frozen when facing a real life situation where speaking and interaction is required. Can this be overcome? It can of course, but only if the person/student sincerely and really wants to do it. The remedy, at first sight, is very simple: go and mingle with the native speakers, dive in and try to function in that environment. The problem is – it can be stressful and sometimes embarrassing, but this is the cost of learning…

There is also a category of learners that every teacher dreads: someone who has the ability to become a confident speaker of another language but either doesn’t have the time or doesn’t care to actually learn the grammar rules and the vocabulary well enough to be competent. These people cheerfully and confidently go around, speaking at every opportunity, butchering a language and being incomprehensible most of the time. Some of them can be persuaded to get their act together, some are beyond salvation. As students, they are the most difficult ones.

Stepping out of the comfort of your mother tongue

There is another aspect of this linguistic dilemma “to speak or not to speak”. One of my students, whose Russian is very good, once told me: “I can express myself in Russian, but when I work in Russia, I prefer to speak English (his mother tongue): it makes me feel more confident, more brave. I am not worried about coming across as stupid or ridiculous”.

It’s true that our mother tongue is a powerful defense: it protects our identity, makes us feel comfortable in stressful situations involving speakers of other languages, gives us a sense of security and belonging. A language defines a person’s cultural identity more than anything else, definitely more than the country he/she lives in. That is why it’s practically impossible and certainly very unnatural to speak a foreign language to another native speaker of your own mother tongue. So when I teach English to Russian speakers, we always slip into Russian for comments and explanations. And the other way round – chatting in English with my students of Russian.I know that this goes against the Anglo-Saxon methodology of language teaching, where full immersion is recommended. But it makes the learners feel so much more at ease and relaxed, as well as helping to establish a good working relationship between the teacher and the student. It’s like saying – I know where you come from, I have been there, and I will teach you how to be successful on this journey through a different culture, expressed by its language.

Loving the language you are learning

And another observation: Learning a new language can be similar to a love affair: when a person is really interested in learning a certain language, he or she experiences a state that reminds one of being in love: wanting to hear this language all the time, being excited by every encounter with it, wanting to know everything related to it, especially the people who speak it as a mother tongue. This infatuation with a language and culture often leads to being infatuated with the people who represent it. In my long career as a language teacher, I have seen numerous examples of this: English native speakers falling in love with Russians and being attracted to everything Russian, and the other way around, Russians falling for everything English. Such is the power of the language, and no one should ever underestimate it.

Therefore, if you loathe the language you are trying to learn and dislike its native speakers, you are unlikely to learn it to a high standard. Personally, I would not teach anyone who tells me that they do not like the culture and the people of the target language, be it Russian or English. I have had such cases, although very few.

A language is a powerful tool that we possess, if used skillfully and consciously. Learning and speaking another language can change your life and enrich your personality. As they say, there are as many people in you as there are languages you speak.

So – would you like to try on a Russian personality and start an exciting journey into a Russian speaking world? Then welcome to our Russian lessons!