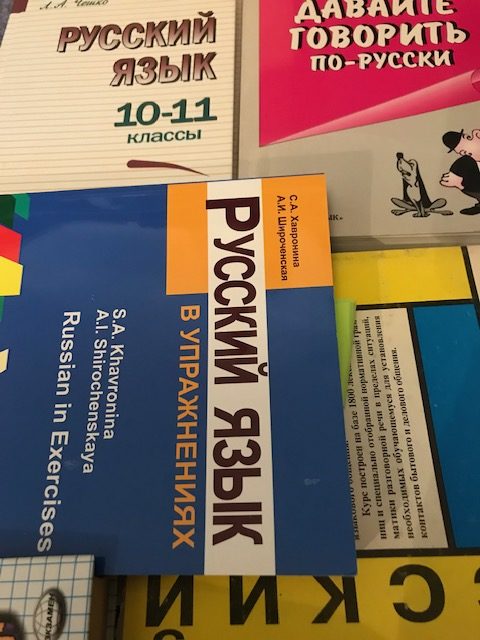 Syntax in a language is concerned with the study of the structure of a sentence. Subject, predicate, object - these are all syntax terms. A non-linguist may say - why do I need to know these terms? The thing is, in Russian they are rather important to understand because they help us use the complex but beautiful system of Russian grammar correctly and efficiently.

For example, someone who does not know what a direct object is, will not be able to use the Accusative case correctly. And without understanding what the subject of a sentence is, it would be impossible to use the correct gender of the verb (predicate) in the past tense, or agree a descriptive adjective (attribute) with the subject, etc.

In English, there is a strictly regulated word order and no cases or genders, so understanding the structure of a sentence is usually quite easy (with some exceptions, of course).

In Russian, there is a flexible word order, combined with the system of cases, genders, conjugations. It allows a lot of creativity and freedom in using the language, but may lead to some difficulties in understanding both the obvious meaning and the subtleties and hidden connotations.

For example, a simple sentence that means “I have known him for a long time” can only have one correct variant of the word order in English. However, in Russian you can say it in a few different ways: Ð¯ Ð·Ð½Ð°ÑŽ ÐµÐ³Ð¾ Ð´Ð°Ð²Ð½Ð¾. (Same word order as in English, sensible and very neutral). Or: Ð¯ Ð´Ð°Ð²Ð½Ð¾ ÐµÐ³Ð¾ Ð·Ð½Ð°ÑŽ (that would be less formal, preferred in colloquial Russian). Or: Ð•Ð³Ð¾ Ñ Ð·Ð½Ð°ÑŽ Ð´Ð°Ð²Ð½Ð¾, with the emphasis on EÐ³Ð¾, as opposed to some other person. Or: Ð”Ð°Ð²Ð½Ð¾ Ñ ÐµÐ³Ð¾ Ð·Ð½Ð°ÑŽ, Ð·Ð½Ð°ÑŽ Ñ ÐµÐ³Ð¾ Ð´Ð°Ð²Ð½Ð¾, etc. The word being emphasised is put at the beginning, and the word order is not restricted by any rules at all! On the one hand, it’s great – you can play around with words put them wherever you like in the sentence.

But there is a downside to this seemingly convenient flexibility of the Russian sentence. In literary and formal Russian, people have a tendency to make long sentences. With flexible word order, you need to understand and appreciate all the case endings and agreements between different words in a sentence (which can be miles, or, rather, lines apart!), otherwise the meaning would be hard to grasp. Sometimes sentences are so long and so overloaded with participle constructions with complicated case agreement that even educated Russian native speakers get it wrong.

As complex as it gets

A classical example here is Leo Tolstoy who loved immensely complicated long sentences. If you have a look at the text of War and Peace in the original, you will see that some sentences are as long as the whole page, with fancy punctuation marks such as colons, semi-colons and dashes, with numerous participle constructions and attributes following one another like a string of beads. It sounds beautiful when read aloud but it’s totally over the top. When I was at school, our Russian language and literature teacher sometimes would dictate one of these super long sentences to us, and then ask us to analyse it: find the subject, the predicate, all objects and attributes in each part, comment on all the grammatical forms and cases. Being a language lover, I enjoyed it and found it quite easy. While some kids hated it!

Of course, no one talks like Tolstoy in his novels in real life, and no one even writes like that any more, but it’s amazing to see the potential of the Russian language, its incredible flexibility and expressiveness that allows it to paint a whole huge picture of life, with many details, in one sentence.

Russian is perfect for poetry

As a result, Russian is a perfect language for poetry and literature. Russian syntax allows huge freedom in choosing the word order and the sentence structure. I can easily and quickly write a poem in Russian on any given subject (it will not be anything like Pushkin, obviously, but will have perfectly correct phrases, meter and rhymes!) However, I could not do the same in English – not because my English is not good enough (I hope it is…) but simply because English syntax is much more strict and allows less scope for manipulation, in the positive sense of this word. So the Russian love of poetry has a linguistic background.

Here are a few:

So, whether you are interested in writing poetry in Russian, reading War and Peace in the original or simply having a chat, we look forward to seeing you in our Russian lessons in London!