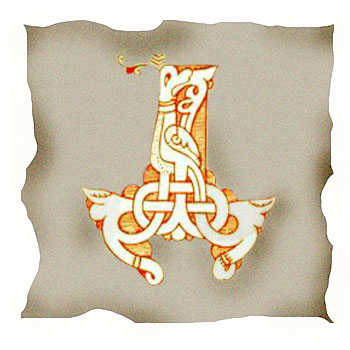 I'll tell you one of the greatest news for a foreign learner of Russian: the Russian language is practically uniform throughout the whole Russian speaking world!

Anyone who has ever learned English as a foreign language would know how much real English, spoken by native speakers, differs from the neutral kind of English taught in classrooms all over the world. Both British and American English have dozens of different accents and dialects. Professor Higgins from “Pygmalion” could differentiate English accents from different streets of London! But Higgins’s job would have been much easier, had he been studying the accents and dialects of the modern Russian language. In fact, this is one of the greatest news for a foreign learner of Russian: it’s practically uniform throughout the whole Russian speaking world.

It’s not that we don’t have accents and dialects. We do, although not as many as in Western European languages. But they are so well hidden and largely discouraged in the public sphere that as a non-native speaker you are unlikely to hear one. Most “real” Russian dialects are hidden in small villages and towns, peculiar to a small local population. Moving out from one of those places into the big wide Russian speaking world usually means losing the local dialect as a result of a conscious effort. I remember that at Moscow University (when I was a student at the Faculty of Philology) our fellow students specialising in studying Russian, went on “folklore expeditions” to remote villages, to collect local folk songs and stories. And some of the people they talked to (especially the older generation) were almost incomprehensible because of the dialects they spoke: vocabulary and pronunciation that simply do not exist in literary Russian. However, you have to actively look for those places and people, to have that experience.

Amazing how uniform the Russian language is

It’s amazing how uniform the Russian language is on the whole territory of the ex-Soviet Union. For example, people from Kazakhstan often speak better Russian than Russians who live in Russia. Quite why that is possible, I don’t know. I often work with Kazakh people in London, teaching English, and I am always surprised that the language we speak is identical: no variations whatsoever in grammar, vocabulary, and very small differences in pronunciation. Even the cultural references are largely the same.

Speakers of other Slavic languages

One exception is probably speakers of other Slavic languages: Ukrainian and Belorussian. A Ukrainian accent ranges from very heavy and very recognisable to a slight hardly noticeable one, with vowels just a bit longer in unusual places from the point of view of a Muscovite.

Does the Russian that one speaks influence one’s career?

We all know about the social implications of certain varieties of English. But does the Russian that one speaks influence one’s life and career? Maybe not as much as English, but it definitely matters, at least for public people. Here are two examples. Mikhail Gorbachev, who was hugely popular in the West, was ridiculed a lot in Russia, because of his Ukrainian accent and some rather ungrammatical language constructions he used. So much so that I think it considerably damaged his image within the country and cost him the respect of his fellow citizens. He clearly underestimated the power of the language, and got public sneers as a result. Vladimir Putin, on the contrary, speaks a completely neutral crystal clear textbook Russian which makes him sound authoritative, educated and competent. And we know how high his ratings are within Russia. It’s not just about the language, of course. But it helps.

Talking about commonly known Russian accents in general: there is a distinctive “common” Moscow twang, characterised by heavily reduced O sounds in unstressed syllables (so that the word Ñ…Ð¾Ñ€Ð¾ÑˆÐ¾ sounds like Ñ…Ñ€Ð°ÑˆÐž) and exaggerated A sounds. It has a social implication, so not all Muscovites have it or speak it in public. Coming from Moscow, I myself can imitate it very well, sometimes to the amusement of my students, but my own accent has become much more neutral since I moved to London. That said, a proper literary Moscow pronunciation is the literary norm of Russian phonetics, the equivalent of the Received Pronunciation (RP) in English.

The St Petersburg accent is supposed to be very clear, with all syllables and vowels pronounced distinctly and “formally”. So it’s probably the best pronunciation from the point of view of foreign learners.

Southern accents sound soft and have a distinctive ascending intonation.

Northern ones are hard, often with over exaggerated rolled R.

People on the Volga river are famous for pronouncing all the “o” sounds fully (while in standard Russian, all unstressed “o”s are phonetically reduced and sound like “a”s.)

Learning a uniform language is a great bonus for a student!

What are the reasons for the Russian language being so uniform? Among others, the late expansion of the Russian language and culture through the territory of modern Russia; the highly centralised power; a strong and rich literature that became the basis of literary (“neutral”) Russian.

But whatever the reasons are, learning a uniform language is a great bonus for a student!